We take a question from the comments about Volo’s current and future art direction, looking at the space between the concepts of pure realism and pure fantasy, where the two are much alike, and where we think they can really help each other.

In this episode we demonstrate the first results of duct-taping the parachute system to the full game, and tell a few things about what to expect next.

In this episode we talk about early access game development as a continuous growth process, and we take a quick look at Volo’s evolution over the years and see how we slowly but steadily learned to make a better flying game.

On Itch.io: https://mzandvliet.itch.io/volo-airsport
On Steam: http://store.steampowered.com/app/329190

We are joined by fellow gamedev Xalavier Nelson to talk about the new parachute experimental build! We discuss the current visual parachute editing system, our future plans for it, and the design principles underpinning it all.

On Itch.io: https://mzandvliet.itch.io/volo-airsport
On Steam: http://store.steampowered.com/app/329190

In which we discuss the first public experimental release of the new parachute creation and simulation system.

END_OF_DOCUMENT_TOKEN_TO_BE_REPLACED

It’s the Ramjet Anvil Show! This bi-weekly video series is where we keep you up to date on Volo Airsport, it’s development, and the ideas behind all of it. Got questions? Leave them in a comment, and we’ll get to them next episode.

END_OF_DOCUMENT_TOKEN_TO_BE_REPLACED 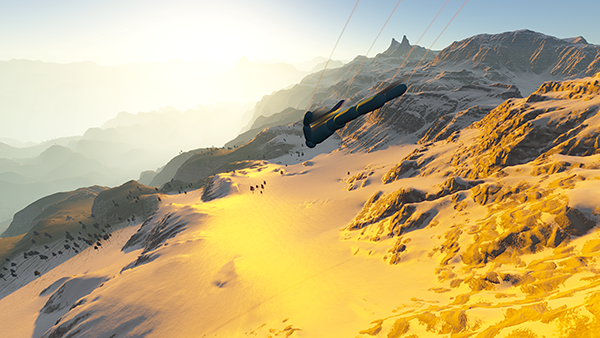